We are pleased to announce that arrangements are in place for a Clan McRae Family Gathering in San Antonio April 2nd - 5th, 2020. We hope many of you will join us for this awesome experience as we continue our theme of “Family” Gatherings. Special thanks to Commissioner Ron Crowe for his work planning this event.

Texas is known for several things with one of those being good BBQ, so our first event on Thursday night will be a BBQ dinner at Augie’s which is one of the best BBQ places in San Antonio. We will be staying in the historic Menger hotel and next we will enjoy a wonderful brunch on Saturday morning at the Menger after which we can all walk over and tour the Alamo together. What makes this Gathering unique and special is that we’ll honor those who died at the Alamo Friday night and also commemorate the 700th anniversary of the Declaration of Arbroath. Seems like divine timing to us. Clan MacRae is all too familiar with the fight for freedom having lost so many of its men at Sheriffmuir in 1715.

Then on Saturday and Sunday, you can attend the San Antonio Highland Games or you can stay in the downtown area for more touring. Saturday night finds us at the Menger Hotel where historian Tom Jackson will speak on the Scots and those of Scottish descent who fought and died at the Alamo. Tom will be dressed in period costume and available for pictures!

We hope you can plan to attend with us. We are also pleased to announce that we will have another Clan MacRae Family Gathering in NYC in April 2021 and also a tour of Scotland for May/June 2021. See you there! Please scroll down to the bottom of this page to click on the Registration link for the San Antonio Gathering. 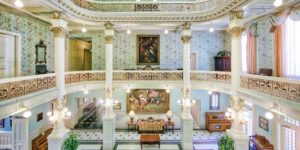 Most people think I am a Colorado gal, but I am actually a Texan who was born, raised and lived the first 39 years of my life in San Antonio! So I am looking forward to whooping it up with Clan MacRae in San Antonio next April! This Gathering will be based at the historic Menger Hotel which celebrates its 160th anniversary in 2020 as the oldest continuously operating hotel west of the Mississippi. Love its exquisite stained-glass atrium ceiling! It is right across the street from Alamo Plaza where many Scottish men died defending the Alamo.

Bruce and I hope you join us next year to experience the rich history of San Antonio! Six nations have flown flags over Texas with control of some or all of Texas: Spain (1519-1685;1690-1821), France (1685-1690), Mexico (1821-1836), Republic of Texas (1836-1845), USA (1845-1861;1865-present) and the Confederate States of America (1861-1865). The Alamo, originally Mission San Antonio de Valero, was established by Spanish missionaries in 1718 to convert native American Indians. It was the first of five Spanish missions built on the San Antonio River that make up the San Antonio Missions National Historic Park. You don’t have to be Catholic or even religious to enjoy the rich early Spanish history of San Antonio especially Mission San Jose with its historic Rose Window. The Mission San Jose is the oldest building from the early 1700s to remain intact in Texas. Other early Spanish sites include the Governor’s Palace and the Espada Aqueduct, the only Spanish aqueduct in the US.

San Antonio is known for its Riverwalk and a ride on a river barge is a must. The historic arts district of La Villita with its old church is exquisite. The Tower of the Americas and the Institute of Texan Cultures are wonderful places to visit that were built for the 1968 HemisFair World’s Fair there. Other amazing places are the Briscoe Western Art Museum, Buckhorn Saloon and Texas Ranger Museum and the awesome homes in the King William Historic District. Historic Market Square with its "El Mercado" shops and "Farmer's Market” will make you feel like you are walking through Old Mexico. And let’s not forget the excellent BBQ and Mexican restaurants in San Antonio!

We hope this inspires you to join us next April for whatever time you can come. The Menger Hotel will allow you to book rooms at the group rate both 3 days before and after the Gathering. There is also a low cost shuttle that runs from the airport to the hotel. Come for two nights or come for a week. Bruce and I plan on being there at least a week. Please email me Judy at judymcrae777@gmail.com or Ronald Crowe at clanmacraetexas@gmail.com if you have questions! 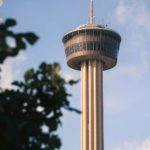 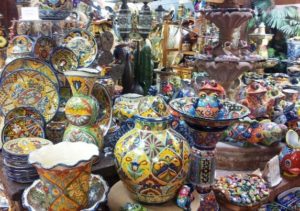 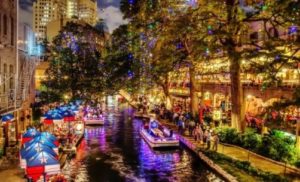 Click HERE to register for the Clan MacRae Family Gathering in San Antonio!